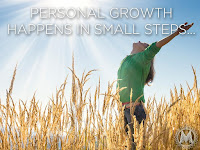 Most of us think our purpose in life is to be rich, ride the best cars, be famous or popular as well as travel the whole world. I use to think this way too and this results in sickness, frustrations bringing negative vibration if you don’t get what you want.
Life’s purpose is not for the above. These are all just benefits that the Higher Power God gives to His children. They are provisions. Most people already have the above, yet they do not know the purpose of their lives. This is why they have money or riches but do not know what real wealth is.

They like to be showered with titles and be worshiped as gods. They hold back their wealth instead of distributing it. They lack money mentality and have lack mentality. They have the belief that money is hard to come by, therefore are not ready to release it and allow it to circulate. They do not know that it was given to them by God for a purpose.
They hoard what God gave to them for them to use in improving humanity. This is in line with the law of the Universe and accounts for why most people who had money earlier ended up loosing it eventually.

Some people also go through life in frustration, anger, resentment, envy and unhappiness in their mind and this is what they see manifest at all time. Unfortunately, because of wrong belief system, we attribute most of these negative manifestations to external forces, when we are the true originator. Anger for example is healthy and natural when you express it instantly and rightly as it gets you the feeling and leaves you.
But extending anger by dwelling on your ego and why the anger should continue leads to resentment. This is a mind-build-up phenomena and this can truncate your happiness for too long a time.

It can lead to other things such as unhealthy relationship, financial crisis, emotional bondage and a host of other negative things.

The law of the Universe needs to be understood. It is so simple but need understanding. It is your own duty to sow good seed on a fertile soil, but nature waters and feed the seed till it matures and bear fruit without your effort.

You see that he does not only give you one fruit but multiply your effort with fruits. But all he wants you to do is to use it to better humanity and help the poor and needy among you unconditionally, just as he gave to you too.
Life also obeys the law of multiple returns. When you sow or attract frustration, you get more of it in return if you don’t have the power to control it. And this power is embedded inside the purpose of your life.

Once you discover your purpose on earth or God’s goal for man, you will begin to start getting colossal ideas from God freely that can change the world. You will begin to see daily that God contributes 99% of colossal ideas and positive things that you need, so long as you are ready to acknowledge that he is the giver and learn to give like him. You will also begin to see challenges, mistakes and setbacks as stepping stones and not sufferings or tragedies. You can easily take control of bouncing back from your set backs.

He has the best creative ideas. He created man in His image. Man has God’s DNA in him and all he wants man to do is to be creative like him. He is loving, caring, generous, creative and omni-everything. He is in all life experiences.

He shows in man. He shows up in your adversities, setbacks and mistakes as well as bounce backs. He created man in His own image for his blueprints.

How can you see God’s goal for man at work?
Here is a classic example. In 1896, Thomas Alva Edison had an employee who was an engineer from Detroit. He had been privately involved with an idea he was implementing from his garage after work hours. He had shown everyone he could about his project, but they all told him the idea was not good enough to see the light of the day.

This would have given him setbacks and frustrations. But during a Banquet meeting, he met Thomas Edison at the Edison Illuminating Banquette and showed him his project idea and asked for his opinion. Edison hit his hand at the table and exclaimed “That’s the thing”. Subsequently, this engineer later resigned from his employment with Thomas Edison and started implementing his colossal idea.

This idea went through two major bankruptcies and setbacks. In 1908, the first set of his cars called T. Ford Model cars was launched and 6000 was sold the first year. In 1909, he sold 14,000 cars and in the next five years, he was selling 230,000 cars a year. That man was Henry Ford. Classically, by the year 1916, which was exactly, 20 years later, Mr. Ford bought a choice property next to his former boss, Mr. Thomas Edison, at Myers, Florida, USA.

What did Henry Ford discover? He discovered how to tap into the purpose of man for the good of man which God has already provided for the seeker.

He tapped into the infinite secrets of possibilities which God has already made available to man which might seem ordinary to the ordinary eye, yet becomes a world class breakthrough through the help of God. He went through frustrations and setbacks naturally, but bounced into success as a champion.  Read Understanding the purpose of your life
By Chef Henry